Drinks that mix alcohol and caffeine are under scrutiny once again after dozens of Central Washington University students got sick and nine were hospitalized after claiming they had been drinking Four Loko. 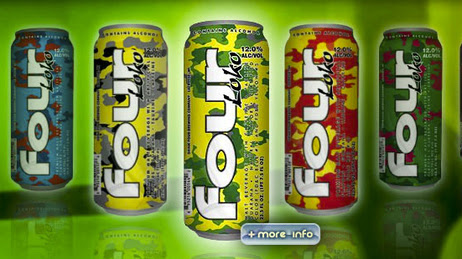 The maker of Four Loko says it's upset about the products being abused and consumed illegally by underage drinkers, according to a statement on the company's website.
Also on the website, a description of Four Loko's lemon-lime flavored drink:


A wild blend of tart Lemon flavor, with a sharp Lime twist, 12% alcohol and modern day ingredients such as Caffeine, Guarana and Taurine, all packed into a huge 23.5 ounce can.

Four Loko 'a $2 blackout in a can', is made from mixing a stimulant (caffeine) with a depressant (alcohol). When people combine the two, they tend to not feel the alcohol as much since the caffeine is keeping them more alert.

However, when the caffeine wears off, then the person feels the full effects of the alcohol. This often causes the consumer to drink more than they normally would because of the delayed 'drunk' feeling. [7]
A study done at the University of Florida in Gainesville, Florida found that students who mixed caffeine and alcohol tended to think they were capable of driving more often than those who drank non-caffeinated alcoholic drinks. http://en.wikipedia.org/wiki/Four_%28drink%29

Posted by Litigation news at 12:52 PM