This news in from NBC: 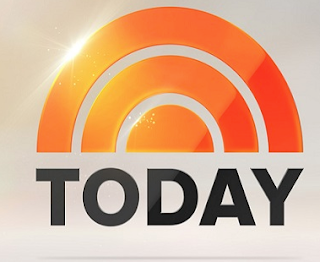 If you were taking Valsartan and have learned of the recall, talk with your doctors. If you are worried that a cancer diagnosis may be related to your use of the medication contact us.

Posted by Litigation news at 1:10 PM

It is not uncommon to hear about people being hit, injured, or even killed by a vehicle. Because of that high figure, it begs the question as to whether or not pedestrian crashes are happening more often.


The 2017 Crash Facts & Statistics Report noted the five-year trends for pedestrian accidents. Pedestrian accidents aren’t necessarily becoming more common, but they are just as dangerous. Drivers and pedestrians alike need to be aware of the possibility of an accident and what steps to take decrease the risk.

Who is Most at Risk?
Consequences of a Pedestrian Accident
Steps Drivers can take to Prevent Pedestrian Crashes

There are two groups of individuals who are more at risk of being struck by a vehicle. The first group is older adults over the age of 65. Senior citizens generally take longer to cross the road than someone younger. A short crossing signal could put them in danger. Roadway design can also create hazardous conditions. Not all streets and thoroughfares take pedestrians into account. Safety measures like islands, raised medians, or sufficient lighting could be missing. An elderly person is also more likely to be affected by injuries than someone who is younger.
The second group of people who are more at risk for pedestrian collisions is children. Nationally, one in every five pedestrians killed in 2015 was under the age of 15. In general, children do not have the impulse control adults have. As a result, they could run into the street to get a toy and get hit by a car. Drivers are also less likely to see children because of their short stature, which is why many children are injured in backover accidents.
The consequences related to a pedestrian accident can be staggering. When someone is hit by a car, the physical injuries can take a serious toll. The human body is not meant to withstand a collision with a multi-ton vehicle at any speed, which is why broken bones and serious head injuries are common. Victims’ lives can be permanently changed if they have to cope with a disability. Many pedestrians pass away from these accidents, which can make it hard for their families in a number of ways, as well.
The financial consequences are also likely to be difficult to manage. Victims may be tasked with paying for expensive medical bills and treatments in an attempt to get their lives back in order. Time away from work can create a monetary deficient and destroy a family’s savings. Fortunately, seeking compensation with a lawyer can aid with the financial burdens.
While the physical and financial consequences are thought of most often, pedestrians who are hit by a car will also have to deal with the psychological ramifications. It can be difficult to cope with such a traumatic event and victims may suffer from sleep disturbances, anxiety, depression, flashbacks, and mood swings. Psychological treatment is likely to be expensive and the road to recovery can be long.
While the accident rates for pedestrians vs. vehicles have been consistent over the years, learning how to prevent crashes can ensure rates do not climb. In fact, accidents rates could decline over time when drivers are aware of the importance of watching for pedestrians. There are a number of things drivers can do to avoid striking someone on foot.
First off, it’s crucial for drivers to slow down in pedestrian areas. People can be unpredictable, so driving at a decreased speed can give drivers extra time to notice and respond to nearby walkers. It’s also a good idea to look for eye contact. Pedestrians are likely to attempt to make eye contact with drivers to assure them it’s safe to cross. This confirmation can aid both parties.
In regard to the parties who are more at risk for getting into an accident, it’s important for drivers to be patient with seniors and be on the lookout for children. Drivers should give older people the time they need to cross the street without getting frustrated. They should also remember to always check the back and sides of their vehicles before pulling out of a spot or backing up, to avoid hitting a child who is near their car. Also, school bus rules and school crossing signs should always be abided by.

Posted by Litigation news at 12:01 PM

What You Need to Know About a Trucker’s Blind Spots

All types of vehicles share the road on a daily basis. Drivers get used to passing large trucks fairly quickly; however, they may not be doing it as safely as they think. Blind spot accidents are fairly common and typically occur while traveling at high speeds on an interstate or freeway. It’s crucial for drivers to understand the location of a commercial vehicle’s blind spots, how they can be dangerous, how they can be avoided, and what happens in the event of a blind spot accident.

It can be difficult to determine when you are driving in a trucker’s blind spot. They key is to always make sure you can see the driver’s face. If you can see their face in the side mirror, generally, they can see you. This means that you are not in a blind spot. If, however, you cannot see their face in the side mirror, they might not realize you’re driving behind them or next to them. As a result, a serious truck accident resulting in injuries could occur.

A large commercial vehicle has four blind spots. The front blind spot can be especially dangerous if you are passing a truck and trying to merge back to the right. You want to make sure you can fully see the driver and the top of the cab to confirm you’re not riding in the front blind spot.
There are also blind spots on both sides of a tractor-trailer. If you find yourself passing a truck on the right, which you should avoid doing, or a truck is passing you on the left, it’s likely the trucker will not be able to see to their right for nearly two lanes. The blind spot is angled to a degree, so they might be able to see drivers who are near the back right of their vehicle. On the left, the blind spot extends for a single lane and is primarily located next to the trucker’s cab. Sideswipe accidents are incredibly common when drivers in small vehicles are in a semi’s side blind spots.
The final blind spot, which is behind the truck, exists because truck drivers do not have rear-view mirrors. The blind spot tends to extend for up to 200 feet from the back of the truck. If a driver is tailgating a truck and the larger vehicle needs to slow down or stop unexpectedly, the driver could crash into the rear end.
In addition to knowing where the blind spots are, there are a number of other ways drivers can safely operate their vehicles around trucks.
Passing safely is crucial. Drivers need to make sure they can see the trucker in their side mirror, use their indicator to clearly signal their intent to switch lanes, and accelerate at a reasonable speed so as not to linger next to the truck for too long. It’s also important to merge back to the right at the proper distance. Cutting it too close can be dangerous. If a truck is accelerating while a driver is merging back, the truck could ride over the smaller vehicle.
Drivers also need to be aware that truckers need extra turning room. Because of their size, big rigs swing wide or may start a turn from a middle lane. This is especially important to make note of if you drive in urban areas. In places like Philadelphia, congested traffic often leads to cars being right up behind each other. When a truck is trying to turn in an environment like that, it can be difficult to do so if other cars are too close.
Finally, drivers need to remember to be patient. Sometimes, trucks need more time to accelerate up a steep incline. Some even have technology that moderates how fast they can go. Getting frustrating and driving aggressively will only increase your risk for an accident.
It can be difficult to determine who was at fault for a blind spot accident. In some cases, the person traveling in the blind spot is held accountable. If, however, the trucker was driving erratically, merged improperly, or was distracted when they hit the other vehicle, a strong case can be built on the injured party’s behalf.

Posted by Litigation news at 8:45 AM 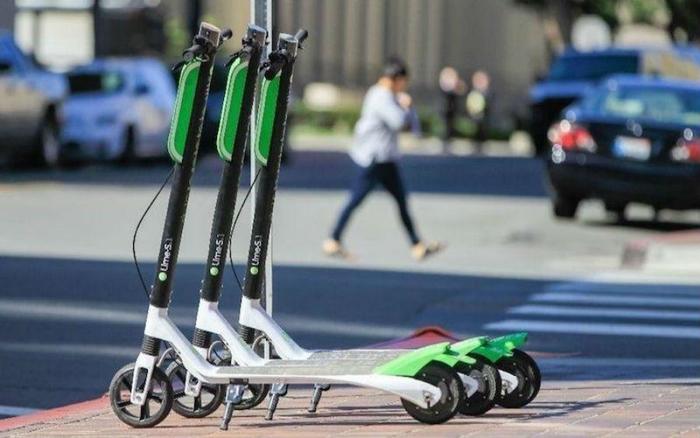 Similar to bike share and car share programs, electric scooter companies tout them as an innovative and environmentally friendly form of transportation which gets commuters out of their cars. Scooter companies proclaim them a solution to the “first mile, last mile” problem, i.e., a way to get commuters to and from mass transit stations and work places.


Why are scooters dangerous?
The common sense tips are the easiest to follow:
1. Buy a bargain bike helmet at the very least.
2. Don't use your phone.
3. Buy a cheap flashlight.
Posted by Litigation news at 8:33 AM

A good read on  how a lawyer group is playing a role in slowing the rush in Florida to driverless cars:


Last month a Reuters/Ipsos opinion found that half the country believes automated vehicles are more dangerous than traditional one driven by people. The poll found that almost two-thirds said they would not buy a fully autonomous vehicle.
Dan Sperling, director of the Institute of Transportation Studies at the University of California-Davis, told The Washington Times that “most people have never even seen a driverless vehicle, let along driven in one” and as a result, the “public is skeptical of change.”
For those in CA, in Silicon Valley, or in tech corridors like DC and NYC, driverless cars won't be on street corners in places like Lake City, or Immokalee, or Anniston anytime soon.

Each year, the number of states considering legislation related to autonomous vehicles has gradually increased.
Stay tuned for more news.

Posted by Litigation news at 8:17 AM