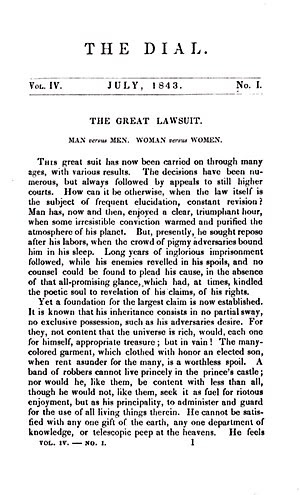 Image via Wikipedia
Make sure to read the disclaimer at the bottom of this post:

There  has been much reported on the handling of a criminal case by an attorney named Joseph Rakofsky. You can simply google his name to learn more, but the upshot is that after news and analysis of a case he handled made the rounds in the news -both in the papers and on the web - he found himself a lawyer. That lawyer then sued more than 65 people/lawyers/businesses for among other things, defamation. The Complaint may be found here.


I won't be commenting on how it came to this point. I sat down to read the Complaint and how in the world this lawsuit would make it through the state court in New York.

First - the parties. I remember the first semester of Civil Procedure class and the cases involving jurisdiction. Minimum contacts with NY? With more than 65 Defendants, many of whom are out of state, it's going to cost a lot of money to get proper service and secure jurisdiction.

Without researching the substantive law in detail, mail service on a defendant out of state (not in NY) won't cut it unless the other state's  rules expressly authorize it. Since the case will not be at issue until all Defendants have been properly served, hurdle one is getting it right. Tack and mail which may be done in NY is not permitted in many states. Service by publication won't be cheap either, and any judgment obtained that way is quite literally not worth the paper it is printed on for execution.


Second- Jurisdiction.  If somehow some way all Defendants are served, there will be real jurisdictional concerns. How is a resident of Florida with an account on Twitter, who limits her practice to Florida,  somehow agreeing to NY jurisdiction? The Motions to Dismiss will - based upon my read of the papers - probably exceed fifty. Will they all be heard? One at a time or over the course of days?
Will Special Answers (as they are called in GA) be filed?  Plaintiff may have to respond to each and every Motion. Just getting to the oral argument point for the cases probably takes 500 hours of more of research, drafting, finalizing, filing, and submission.

Third - Substantive Dismissal Motions. If for the sake of discussion several Defendants are dismissed leaving only New York Defendants remaining, the next hurdle may be the filing of Motions to Dismiss on substantive grounds. At least in some states, just getting to this stage will take some time, and there is likely no discovery that goes forward until such motions are decided. Will any Defendants remain after this stage?

Fourth - The Merits. For sake of this discussion, what happens if after the initial rounds of motions are heard, the Court decides that some Defendants will remain in the case in the early part of the process. My law professors as well as the two USDCT Judges I clerked for always said "prove what you plead." That is why notice pleading is so common  - plead only what you must in order to proceed with any litigation.


In the Complaint there are detailed allegations regarding statements made in hearings out of state, in court, and between persons who clearly do not live in New York. How will those statements make it to the courtroom? A transcript of a trial in another state - does that come in without authentication? If GA, a transcript is not necessarily an exception to any hearsay. Basic laws of evidence will almost assuredly keep many of the allegations out of the courtroom without a proper foundation and more importantly cooperation from a non party witness.

Reading the pleadings, documents will not save the day for the Plaintiff, IMHO. So what to do? Depositions? Will a Judge allow his deposition to be taken? Given what the Plaintiff quoted from a trial (in his Complaint), I'm not sure anyone would want that testimony preserved by deposition. If counsel for Plaintiff goes that route, the cost for travel, deposition transcripts and witness fees is going to run in the thousands. How about a videographer?

From the perspective of those named, it seems like the commentary, analysis, and discussions of how the Plaintiff handled the underlying case are just that - fair comments as that term is defined in most state law jurisdictions.   Fair comment is defined as a "common law defense [that] guarantees the freedom of the press to express statements on matters of public interest, as long as the statements are not made with ill will, spite, or with the intent to harm the plaintiff" Source.  The issue may be does that defense apply in this case.

Finally: I see many ways that the Judge  this case is assigned to will control the proceedings. I would expect Motions to Strike, Motions to Dismiss, Motions for Summary Judgment, and Motions in Limine to be filed and argued. This does not even get to the substance - proof as well as the pesky little thing called damages. Will Plaintiff be ready to undergo what will surely be a day or days long deposition? How about deposing up to 70 Defendants? Is this Plaintiff ready to spend in costs (not including attorney time) up to $250,000? I use that figure based on my 20 years of experience as a civil litigator.

Where will this case go? My opinion  is  that it will be dismissed early in the proceedings. I have my own opinions, but my bet is the first Order written in this case by the assigned Judge will be quite candid. The Court is not going to be happy with this case.

Now for some unsolicited comments: If someone like the Plaintiff came to my office to discuss a possible lawsuit like this, I'd ask him/her these questions: Are you prepared - as a recent law grad trying to build a practice - to spend the next 2-5 years emotionally involved in this litigation? Are you ready to have potential clients read about the lawsuit on the internet, and answer questions in detail? Are you ready to advance what may be as much as $75,000 in the first 24 months of this litigation for costs? Have you thought through the possible implications on your law license? Your malpractice insurance?Your office life? Are you ready to open up your earnings, your client lists, your finances and credit history as part of proving damages? Are you ready to have your law life go under the microscope? Do you really want all of that?


Disclaimer: I do not practice criminal law. I'm a consumer lawyer with more than 20 years of experience. I am a litigator and have tried three cases to verdict in 2011. I serve as lead counsel in mass tort cases and am currently on the Steering Committee for the In Re Hydroxycut Litigation MDL proceedings pending in San Diego, among other cases. I do not handle defamation cases, but I do read the law.

Posted by Litigation news at 6:12 AM