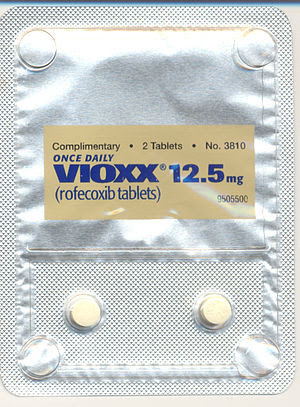 Image via WikipediaHalf of the 21 drugs pulled from the market in the U.S. for safety reasons since 1995 involved heart complications.

The drugs recalled since 1995 because of heart risks include Roche Holding AG’s blood-pressure treatment Posicor in 1998, Johnson & Johnson’s antihistamine Hismanal in 1999, and Merck & Co.’s painkiller Vioxx in 2004. The average time to recall was 8 years, according to data compiled by Bloomberg.


Vioxx, used to treat arthritis, was recalled by Whitehouse Station, New Jersey-based Merck after five years of marketing when a study suggested the drug doubled the risk of heart attacks after 18 months of treatment. An earlier study published in 2000 suggested the medicine posed heart risks and led to calls for further research into the drug’s side effects.

Avandia, once the world’s best-selling diabetes drug, was linked to a 43 percent higher risk of heart attacks in an analysis released in 2007, eight years after its approval. Glaxo, of London, said last week that it would stop promoting the drug as a result of new FDA restrictions and European regulators’ decision to withdraw the product completely.

Meridia, a 13-year-old diet pill, was tied to 16 percent more major cardiovascular complications in a six-year study of 10,000 patients released this month. Abbott Park, Illinois-based Abbott no longer promotes the drug in the U.S.

Posted by Litigation news at 7:49 AM