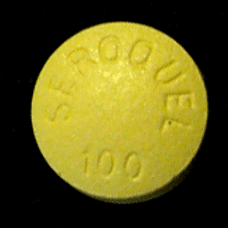 Image via Wikipedia
AstraZeneca  will pay about $198 million to settle 17,500 lawsuits, or about two-thirds of the total cases alleging its antipsychotic drug Seroquel causes diabetes in some users.

The settlements resulted from a court-ordered mediation. AstraZeneca had previously agreed to pay at least $55 million to resolve more than 5,500 cases alleging the company knew Seroquel could cause diabetes and failed to adequately warn patients, people familiar with those settlements said. These earlier agreements are part of the 17,500 settlements, the company said.
Source.

Posted by Litigation news at 4:39 AM