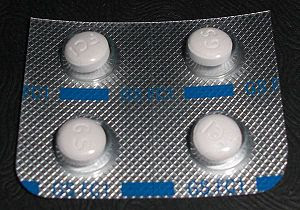 Image via Wikipedia
GlaxoSmithKline has agreed to settle almost 200 cases in which plaintiffs allege the use of the antidepressant Paxil caused birth defects.There has been just one trial so far. In Philadelphia a a jury awarded $2.5 million.

The jury awarded only compensatory damages and no punitive damages. But GSK then decided to settle Kilker v. SmithKline Beecham Corp. d/b/a GlaxoSmithKline along with another 190 cases, according to an order signed by Philadelphia Common Pleas Judge Sandra Mazer Moss last week.The cases have settled for confidential amounts, according to the lawyer who litigates the cases.


Up to another 100 cases, including cases that have not yet been filed, have settled.

Posted by Litigation news at 4:17 AM