Georgia: More Informaiton About Avandia and the upcoming FDA meeting 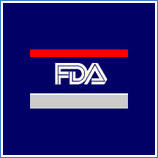 Image via Wikipedia
The new analyses of Avandia's  seem to be all the talk surrounding the drug and the upcoming FDA hearing. Each study however, is not based on clinical trials in which researchers randomly give patients one treatment or another and compare the results after a set period of time, but of a review of information. Two of the studies show that Avandia is bad for people's hearts, and one of them doesn’t.
David Graham, an FDA drug safety researcher published a study comparing Avandia to its main competitor, Actos, in a quarter of a million Medicare patients. Graham found no statistically significant increase in the risk of heart attack for patients on Avandia. But those taking Avandia were more likely to have strokes, develop heart failure, or die.

Researchers for the National Institutes of Health presented results from a clinical trial not specifically designed to evaluate Avandia by itself. They found no increase in the risk of heart attack or cardiovascular death for patients on Avandia. In fact, the patients taking the drug had fewer heart attacks or cardiac deaths, though that result wasn't statistically significant.

So what does this mean for the FDA as well as the drug? There were lessons from the FDA's request to withdraw Bextra several years ago, and to me the political pressure will be perhaps to issue warnings - leaving uncertainty with consumers across the US who will read more and more about the risks of Avandia. Certainly the FDA has to know that a recall of this blockbuster drug will have long reaching legal ramifications and likely bring a deluge of ore more lawsuits alleging injury.

What will happen? Stay tuned.

Posted by Litigation news at 4:48 AM