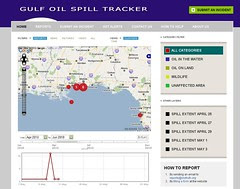 From the WSJ and Reuters:

The chairman of a congressional subcommittee said on Wednesday it uncovered significant problems with the device that was supposed to cut the oil flow after BP's (BP.L) oil rig exploded, creating a massive unchecked spill.

Representative Bart Stupak, head of the House Subcommittee on Oversight and Investigations, said the rig's underwater blowout preventer had a leak in its hydraulic system and the device was not powerful enough to cut through joints to seal the drill pipe.

He said the panel also discovered the blowout preventer had been modified, which made it difficult to operate after the accident. Stupak also said the device's emergency backup controls may have failed because the explosion that destroyed the rig also disabled communications, preventing workers from sending signals to the underwater device

Posted by Litigation news at 8:54 AM