GA: Texting and Cell Phone Bans made into Law 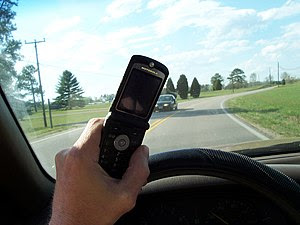 * SB 360, which would ban texting by all drivers. Sponsored by Sen. Jack Murphy (R-Cumming), the bill will be known as the Caleb Sorohan Act, named after a Morgan County teenager who died while texting and driving.

Posted by Litigation news at 6:44 AM