Alli and Xenical: Is there a connection with a rare liver injury? 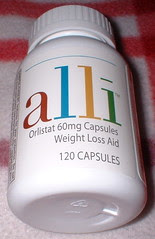 Alli and Xenical have been claimed to be linked to a rare form of liver injury says
the FDA.

Worldwide, there have been only 13 cases among the 40 million people who have used the products. Two eople died and three others required liver transplants.

In 2009, the FDA announced it was reviewing 32 reports of liver injury in people taking Alli or Xenical. That review has now identified 13 cases, one in the U.S., of liver death or liver failure.

According to the FDA

* One U.S. case with Alli and 12 foreign cases with Xenical reported between April 1999 and August 2009 out of an estimated 40 million people worldwide who have used Xenical or Alli.
* Some patients in the reported cases also used other drugs or had other conditions that may have contributed to the development of severe liver injury.
* Severe liver injury can occur in people not taking drugs and without a distinct cause.


The labels for Alli and Xenical will now carry warnings about the possible risk of liver injury.

Symptoms of liver injury include:

People concerned about the possibility of liver injury should consult a doctor.

Posted by Litigation news at 4:20 AM