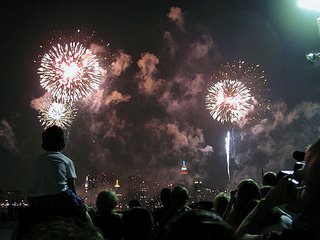 On June 11, 1776, the colonies’ Second Continental Congress, meeting in Philadelphia, formed a committee with the express purpose of drafting a document that would formally sever their ties with Great Britain. The committee included Thomas Jefferson, Benjamin Franklin, John Adams, Roger Sherman and Robert R. Livingston. The document was crafted by Jefferson, who was considered the strongest and most eloquent writer (nevertheless, a total of 86 changes were made to his draft!) The final version, the document that we know as the Declaration of Independence was officially adopted by the Continental Congress on July 4, although the resolution that led to the writing of the Declaration was actually approved two days earlier.

The following day, copies of the Declaration of Independence were distributed and, on July 6, The Pennsylvania Evening Post became the first newspaper to print the extraordinary document.

On July 8, 1776, the first public readings of the Declaration were held in Philadelphia’s Independence Square to the ringing of bells and band music.
All of this had occurred with some of the delegates to the Congress not even present; New York, for example, did not even vote on the resolution until July 9th. (Did you know that that not a single signature was appended to the Declaration on July 4th. While most of the fifty-six names were in place by early August, one signer, Thomas McKean, did not actually sign the Declaration until 1781.)

One year later, on July 4, 1777, Philadelphia marked Independence Day by adjourning Congress and celebrating with bonfires, bells and fireworks.

The custom eventually spread to other towns both large and small, where the day was marked with processions, oratory, picnics, contests, games, military displays and fireworks. Observations throughout the nation became even more common at the end of the War of 1812 with Great Britain.

On June 24, 1826, Thomas Jefferson sent a letter to Roger C. Weightman, declining an invitation to come to Washington, D.C., to help celebrate the 50th anniversary of the Declaration of Independence. It was the last letter, Jefferson, who was gravely ill, ever wrote. In it, Jefferson says of the document:

May it be to the world, what I believe it will be ... the signal of arousing men to burst the chains ... and to assume the blessings and security of self-government. That form, which we have substituted, restores the free right to the unbounded exercise of reason and freedom of opinion. All eyes are opened, or opening, to the rights of man. ... For ourselves, let the annual return of this day forever refresh our recollections of these rights, and an undiminished devotion to them.