Just returned from NOLA. Some thoughts:

The City-From the Quarter to the Garden District:

For those of you that do not think this city will come back: It’s going to come back. I spent a lot of time in certain areas – The Garden District, Uptown, Marigny, and the Warehouse District.

The Garden District: The boutiques, antique shops, bars and restaurants are open in and around the 2000 to 3500 blocks of Magazine Street. The college students, to me, are key to that area but many residents are out and about as well. Blue tarps, lots of them.

I visited Slim Goodies twice for breakfast- who can skip a place with a telephone number that is 891-EGGS? It did not disappoint.Also, my new friends at Big Fisherman also on Magazine helped me pick out Royal Reds (shrimp), Gumbo, and Boudin to bring back home. 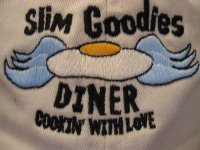 The Warehouse District: Jumping. Great restaurant food and service at Tommy’s. Even Emeril’s across the street and The Brasserie seemed full and bustling. Bars were full, live music in many of them. That is particularly good to see because it means that the musicians are coming back.

Marigny: This is a neighborhood that is just east of the Quarter. Bars were full, and just around midnight I ducked into a bar and found … Uncle Lionel of the Treme Brass Band. Singing with the band, he had the place mesmerized. His voice sounds like a silk stocking drug across sandpaper. No cover, all locals. DBA and a few restaurants were open as well. 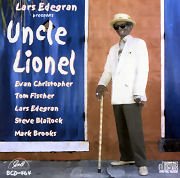 I stayed away from Bourbon Street because it’s just too much. Too many people, too rowdy, too noisy. The smell is gone though.

A few of the more .. ahem … “sobering” facts: Nearly 250,000 homes must be razed. That’s equal to the entire city of Nashville being knocked down. In St. Bernard Parish - which I toured with a contractor friend – 45,000 homes were inhabited pre-Katrina. This week it’s less than 100 with people in them. There were quite literally partially destroyed homes in the Street. Areas of New Orleans East have no power, no stoplights, no birds, no dogs, no people. Insurance claims remain unpaid, unprocessed, ignored.

What happens next for that city? As folks come back for events like JazzFest people will see that this City is one worth saving. If the U.S. can spend $350 billion in Iraq, surely a city that flies the U.S. flag merits our attention.
Posted by Litigation news at 12:28 PM