An End to Fen Phen ?

Drug maker Wyeth is ready to distribute nearly $1.3 billion to nearly 40,000 people who took Fen Phen. Some know that the fund is called the 7th Amendment fund, which covers various claimants After appeals were completed, fund became final this month.
Funds should be paid out through the fall.

My firm has been investigating and litigating Fen Phen claims since 2000. For those that heard about the litigation, I commend to your reading a book titled "Dispensing with the Truth: The Victims, the Drug Companies, and the Dramatic Story Behind the Battle over Fen-Phen" which you of course can find at Amazon.com 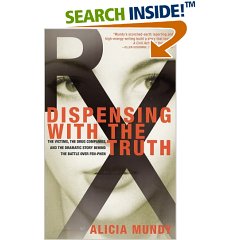 It's a fast read, compelling and shocking.
Posted by Litigation news at 6:22 AM